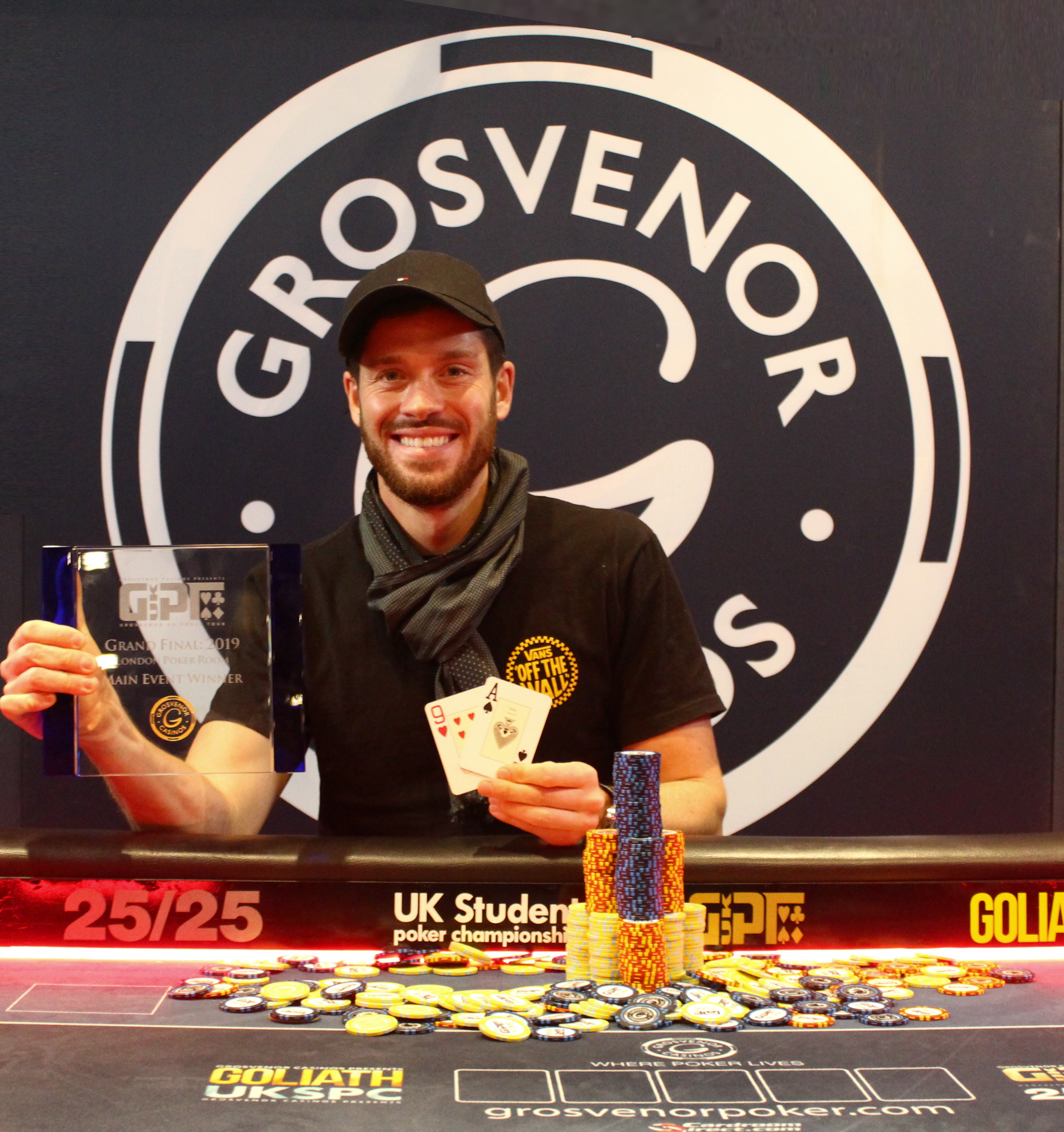 Defeating the best of UK poker and challengers from Europe and beyond to become the GUKPT Grand Final champion – a true once in a lifetime opportunity… or so we thought. Ben Winsor had other ideas…

The final table itself was completed in breakneck speed, with eight players eliminated in just two hours. When the dust settled it was Margate’s poker superstar, Ben Winsor, who emerged as the 2019 GUKPT Grand Final champion, holding the trophy and a cheque for £188,000. Yet another six figure score to add to his ever growing poker resume.

The win firmly secures his place in Grosvenor Casinos’ Poker hall of fame as the first person ever to win two GUKPT Grand Final Main Events in the tour’s 13-year history. The UK poker hotshot now has three major GUKPT titles under his belt; the 2015 and 2019 GUKPT Grand Finals and the 2014 GUKPT Walsall. He now joins poker legend Julian Thew in the three time winners’ club!

What a year for Grosvenor Casinos’ GUKPT – a remarkable turnout to all legs with an increase in attendance to the main events at almost every stop. Dates and details for the 14th season of the GUKPT have been now also released. The 2020 GUKPT kicks off back at The Poker Room, London on 23rd January for even more record breaking poker.