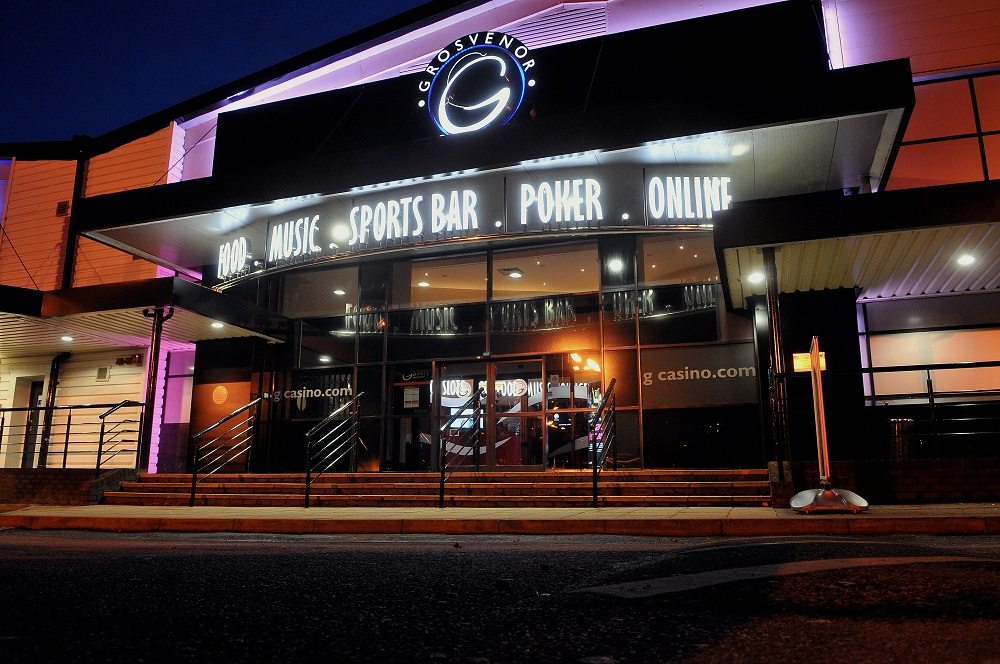 Good afternoon and welcome to live coverage of Leg 5 of the GUKPT Tour, this month the stop is Reading!

Last year Reading was one of the best supported legs on the tour with a fantastic 268 entries in total. Paul Vas Nunes being the eventual champion after four days of play and taking home £29,200 and a seat into the Grand Final. The seat in the Grand Final then went on to see him finish runner up and collect £94,775. Hopefully we will see Paul this weekend to defend his title as we are still yet to see any player defend their title in 8 and a half seasons.

There will be a live blog and video blog for the day 1s hosted by The Tower and then our live stream will begin at 1:25pm on Day Two which is Saturday, I hope you will stay with us until we crown a champion on Sunday night.

The tournament is a £500+£50 entry with a £100k guarantee. For their entry fee each player will receive 20,000 chips on a 60 minute clock. There will be nine levels played on each day, apart from the final where we will play to a winner. Play will begin at 1pm each day.

Fifteen minutes till we kick off the tournament here in Reading. At the moment we have just 24 players entered in Day 1a.

The players have just been called in to take their seats, we should be underway within 5 minutes.

The cards are in the air as we begin Day 1a.

30 players to start the day.

We always check social media to see who is playing or on their way to play. This time Grosvenor sponsored Pro, Jeff Kimber took to Twitter to let us know of his whereabouts.

As you would expect all is quiet here during the first 40 minutes of play. There have been no car crashed in the first level.

This could be due to the fact Albert Sapiano hasn’t turned up yet. He finished 9th here last year, so hopefully we see him at some point this week as he is always good fun.

The first man down today is Andrey Veselov. no hand details as we were around the room, snapping away. But he has used his re-entry already for today…

The blinds increase as we begin the second level of the day.

Two exits from the tables as we lose Panos Panayi.

There really hasn’t been much action during the first 2 levels of play.

Players will be taking a break in just 15 minutes time.

A few more counts as we head to the break…

First break of the day….. 15 minutes to talk about poker at the bar!!

Average hasn’t changed much from the 20,000 starting stack as we have only lost 3 players..

A few snaps of players playing day 1a….

A few counts from the room, during level 3.

The man in charge Janis Mozajevs

A few counts from around the room…..

A trio of exits as we nearly hit level 4..

The blinds increase as we begin level four.

Latest exits from the room….

Symon Soloman gets his 8,000 stack in on the river of a board reading

for a flush, unfortunately for him he runs into Alex Bounsall holding

for the full house!!

Symon busts out just before the break while Alex is now up to 48,000.

Free complimentary buffet for the players to enjoy, the GUKPT being the old tour that supplies this.

The players are back from the dinner break as we begin level number 5.

A few snaps of the late arrivals.

As I enter the cardroom Jeff Kimber is at the cash desk re-entering, having just been eliminated from the tournament.

His second bullet makes it 67 entries so far today.

Of the 20 minutes we have played since the dinner break there has been little/no action at the 7 tables that are in play.

The omaha tournament was meant to be starting at 6, but so far hasn’t got enough entries to get off the ground.

Two exits from the field as we lose Lee Ball & Robin Fisher.

The blinds  increase as the players begin the last level for buy ins.

50 players remaining from the 69 entries.

Four more players bust out of the tournament and now have the chance to re-enter if they wish. They are:

A few counts from the room as we start level 6 of the day…..

We get to the table as the flop reads

for top pair and a flush draw.

for two overs and the nut flush draw.

Two pair for Phil as he takes the pot, he is now chip leader with around 57,000.

Peter Wigglesworth heads out of the tournament but can re-enter for the next 45 minutes if he wishes.

A few snaps from the room as we head towards the next break….

I get to the table as the flop reads

there are four players in the hand.

David Walley bets 700 and is called by Aaron Biggs & Terry Jordon before Andrey Veselov raises to 2500, everyone calls.

The action is checked to Terry who bets 5,000, Andrey moves bets 17,800 leaving himself with just 50 behind the line. Aaron and David get out of the way and Terry calls.

The last 50 goes in and Terry calls.

for a set of eights because it’s an all in Terry isn’t allowed to muck and has to show, he shows

The players are back seated as we start level 7

74 in total, of which 49 players remain in the tournament.

Here are the last few casualties of level 6…  46 in the mix during level 7.

Some chip counts from around the tables….

A few more counts from the room…

The last few exits from level 7.

Now registration is closed and the money has been counted we can give you the final number of entries for today.

Break time now for the players as they take their last 15 minutes of the day.

The last level of the day is upon us..

The latest exits from the end of level 8 were…..

A few counts from the room, as we start the final level of the day….

We get to tbe table on a flop of

there is around 6,000 in the middle when Vincent Meli bets 2800, Danny Toffel makes the call. Action comes to Sidney Oppong who rips it all in, for his 37k stack. Vincent goes deep into the tank for a good three minutes, he has around 40,000 and he makes the call. Danny gets out of the way.

of Vincent out kicked.

Daniel Kerridge moves all in and is called by Lee Ball.

Kerridge is in trouble tabling

Top pair top kicker is good for Lee to take the pot as Daniel heads out just before the end of play today.

Heading towards the last few hands… we lose.

A full chip count of the players will follow shortly….

The four tables have now finished and play has come to a close with 30 players remaining.

The players are now bagging their chips and the counts will be up with you as soon as possible.

After nine levels of play, Day 1a of Leg 5 is now in the books. It’s been another great day on the GUKPT tour, the day only started with just 30 entries and people were starting to fear the worst, but after six levels of late registration that number has grown to 74. All in all a good turn out so far. That means tomorrow 126 entries in total are needed for the £100k GTD to be covered. It really is going to be a close one and I can see it being five entries either way.

Anyway back to the poker, there has been a good mixture of GUKPT regulars and local players which has made for a great atmosphere throughout the cardroom. Not one player has ran away with it today and during every level we had a different chip leader. Three players however have managed to break the 100k mark and will be more than pleased with their days work. Raul Martinez will the happiest as he has finished the day with a massive 159,000, he leads the 25 players who have made it through the day. Full counts are…

I hope you have enjoyed our coverage over the last 12 hours and we will be back for more of the same tomorrow. So if you’re not playing join us then to cheer on family, loved ones or just your favourite players.