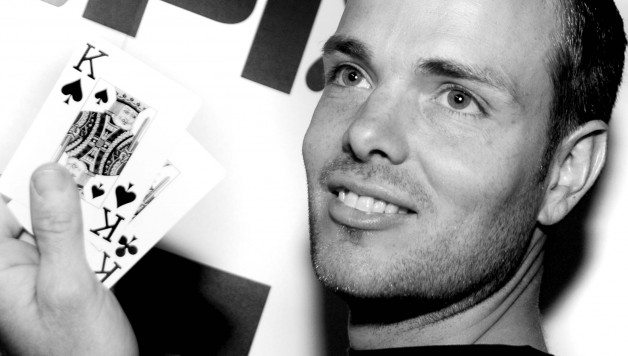 Nick Humphris is GUKPT Portsmouth champion, defeating a field of 134 runners to claim £16,500 for his first-place finish.

The 30-year-old pro beat Dom Mahoney, who actually took home the most money after a deal, heads-up, his pocket kings besting Dom’s wired sevens to land his first GUKPT title.

Portsmouth’s Grosvenor G Casino, fresh from a £2.5million facelift, hosted the fourth leg of the 2013 tour, with a week-long festival highlighted by the £500, £50k guaranteed, Main Event.

Sunday’s final started in double quick fashion, with five players busting out in the first hour.

Within the first orbit, Morgan Sorfleet was out in ninth for £1,510, getting it in with Q-8 on a Q6T7 board for top pair and a gutshot, which couldn’t overcome Khalick Mohangee’s A-Q.

Minutes later Dennis O’Mahoney was also heading for the exit after suffering a bad beat, Khalick again the executioner.

Dennis’s pocket queens dominated Khalick’s sevens, but a K698T board made Khalick a straight and sent Dennis home with £2,010 for his eighth- place finish.

Dom Mahoney then took over as table captain, despatching Trevor Bowers in seventh for £2,680 with aces against deuces, and Adam Boutwell in sixth for £3,350 with A-K v K-T.

Blair Hampton, who’d started the day as chip leader, was Dom’s next victim in a cooler of a hand.

In a four-bet pot, Blair got the rest of his stack in with A-K on a king-high board, only to be all but drawing dead to Dom’s set of kings. Blair’s only consolation was the £4,360 he received for fifth.

After the fast and furious start, play slowed down four handed, but it was that man Dom again who landed the next knockout blow.

Dom flattened another, coming from behind with A-2 against Simon Skinner’s A-4, and as Simon departed with £8,880 for third, the north-easterner held a 1.8million to 800,000 chip lead over Nick as the heads-up battle begun.

With so many quick knockouts, the final two both had deepstacks and a titanic battle ensued, with the chip lead swinging back and forth as both players put on a clinic in heads-up play.

The emotional runner-up said: “He was a tough cookie. I bet I won 70% of the pots, but he won the ones that mattered.”

Nick, a man of few words, admitted he’d struggled at the start of the final but he soon settled in before chipping away heads-up.

He said: “I was really nervous at first with all the adrenalin and people watching and stuff. It feels great to win.”