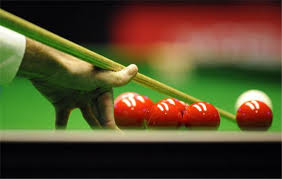 Well this tournament was put together by Barry Hearne in association with G Casino Sheffield. It’s aim was to raise money for charity, to be a fun event and that’s exactly what it has achieved. The game was played in great spirits by the 14 players who entered, plus the one player who re entered. I would of liked to see it few more runners, but I am sure it will next year if it is run again. We had a few GukPT regulars in Skullman, Martyn Frey & Albert Sapiano. We then had the ‘celebrities’ in Barry Hearne & Willie Thorne. The rest of the field were relatively unknown to me, but I know third place finisher Paul Grice qualified online for just £4.20 and has walked away with £1,350 a fantastic return. The event raised £1125 for the Bluebell Wood Childrens Hospice, which I am sure they will greatly appreciate.

Eventualy winner after 9 hours of play was Tom Hall who was coming off the back of a final table finish in Didsbury. He takes home the £3,300 first place prize. Rob Cook finishing in second place for £2,020 after grinding for most of the day.

From everyone here at the GukPT we will be back on Thursday for more videos and updates from Stockton. Until then be lucky!!

Albert Sapiano is leading the 14 players at the moment with around 45k from his 15k starting stack.

Barry Hearn has just been all in for his last 8k, called by Tom Hall. Both players shown A-K and chopped the pot.

The first player to be eliminated from the 14 man field here today is ‘the homer simpson of snooker’ Willie Thorne!

8 minutes left of this level before the players go on their first break.

A chat with GukPT Tour Manager Ian Bryan from last night as he talks about the massive success that is the 25/25 series. Which will also be heading to the Goliath this August.

Skullman walks through the door to enter, which means Martyn can now also play. 12 players so far. Short handed as it’s two tables of six.

You can’t think of snooker without thinking about this legendary 1986 hit!!

Seat Ten – Barry Hearne
Also waiting in the wings for another alternate to walk through the door is GukPT Coventry Main Event winner 2012 Martyn Frey (below).

Cards are in the air as the 10 players we have playing so far are seated.

Today Myself and The Tower will be bringing you some action and interviews from some of the worlds best snooker players in the world as we are in the Sheffield G Casino for a special £500 poker tournament.

Launched in conjunction with Barry Hearn and Matchroom Sport, this £500+£50 Deepstack event will feature some of the top names in professional Snooker.

Not only that, but 50% of each registration fee and 10% of the Prize Pool will be donated to the Bluebell Wood Children’s Hospice.

It should be a fun filled day like no other.